Bulbous Bow: Except from scratches caused by the anchor chain no other abnormalities of any nature were observed. Flat Bottom, Vertical Sides & Curves: welded seams and butts without deformations or signs of pitting were observed. Hull Paint-Coating: No scratches, bubbles or blistering is observed; antifouling was found in active condition. Sea Chests Gratings (4 Pcs): all grids were in position including bolts and nuts with securing arrangement. Gratings were found fouled approx. 75-85% with mussels and marine growth and were cleaned after the inspection. Bilge Keels: Except for minor downward bending on the port side bilge keel at mid-ship for about 5-6meters; rest were found in good condition; no abnormalities were observed on the weld joints. Four Bladed Fixed Propeller: No abnormalities, missing pieces, deformations, cracks, or chipping were observed. Propeller was found painted with antifouling coating. Tail-shaft – Rope-guard: Fish-nets were found entangled on the tail-shaft and were cut off and removed; no leakage of oil was observed. Rope-guard was found in position. Tail-shaft wear-down measurements were taken. Rudder: No abnormalities of any nature were observed; Rudder plug was found in position; rudder pintle clearance measurements were taken. Bow thruster: CPP four bladed bow thrust propeller was found in good condition; no abnormalities, missing pieces, deformations, cracks, or chipping were observed. 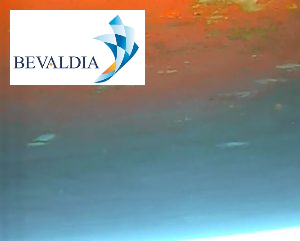 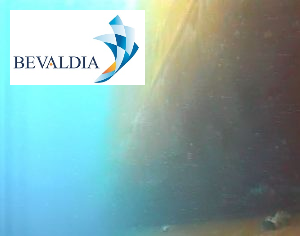 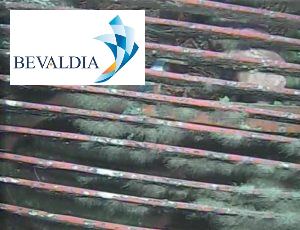 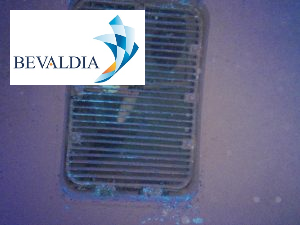 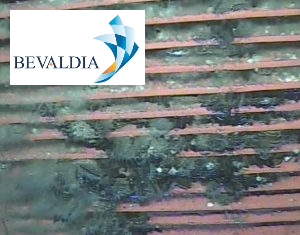 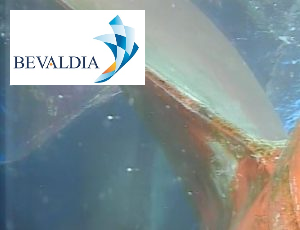 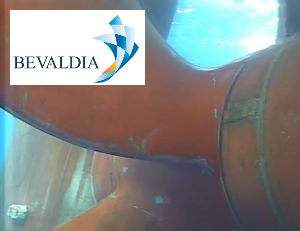 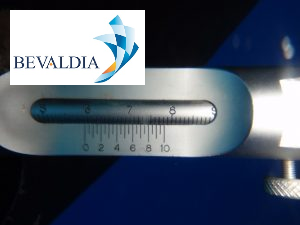 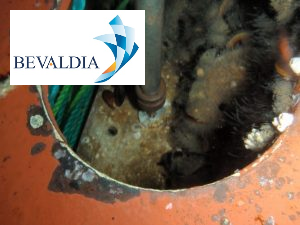 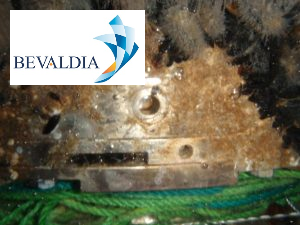 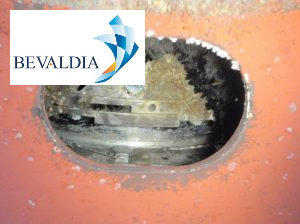 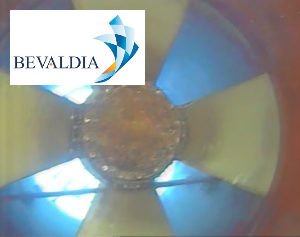 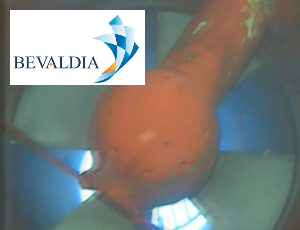