Four bladed fixed propeller was found in normal condition and was polished using 3M Diamond disc pads. Flat bottom, vertical sides and curves were found fouled with 100% barnacles with thickness up to 1cm and were cleaned using hydraulic brush kart system. No abnormalities were observed. Sea chest gratings were found fouled with 80% barnacles of thickness up to 0.5cm and were cleaned. All grids, bolts and nuts have been found in position with securing arrangement. Vessel is using ICCP and anodes as cathodic protection which were found approx. 20% depleted. Vessel’s hull paint coating was found in satisfactory condition with no major scratches blisters or chipping observed. Rope guard found in position. No entanglements or leakage of oil were observed. Rope cutters were found intact in their position. Bilge keels were found in good condition with no major abnormalities being observed. Rudder was found 90% fouled with short barnacles and was cleaned.

Underwater hull cleaning of whole submerged hull and appurtenances, Underwater propeller polishing, Photos before and after the operations. 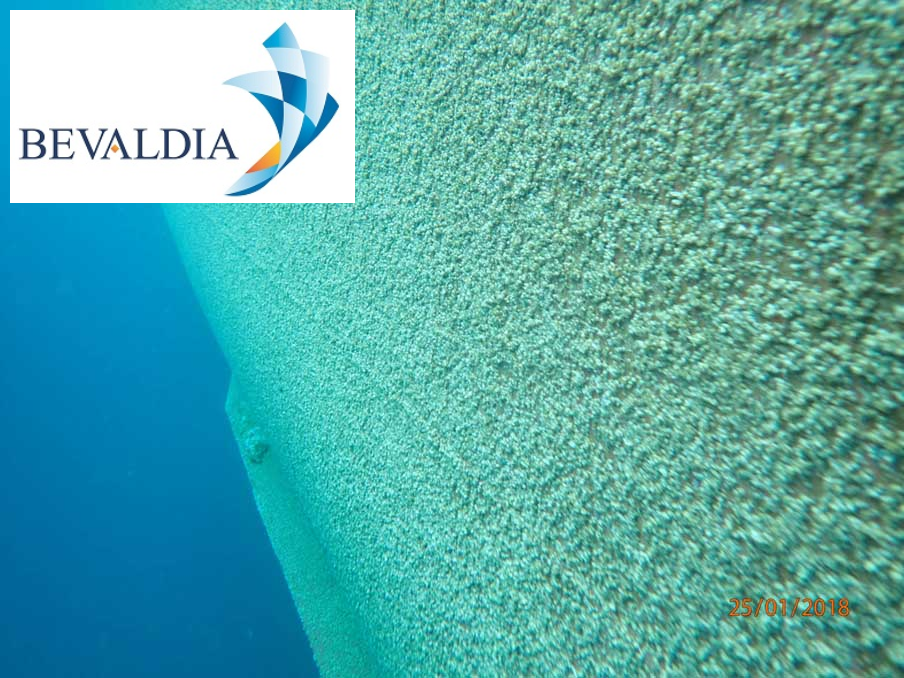 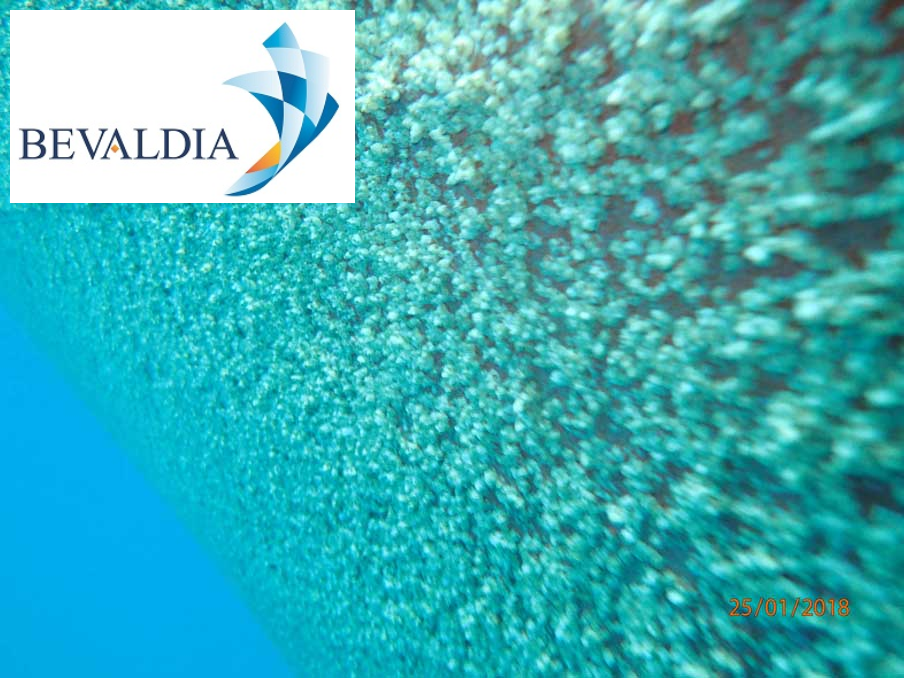 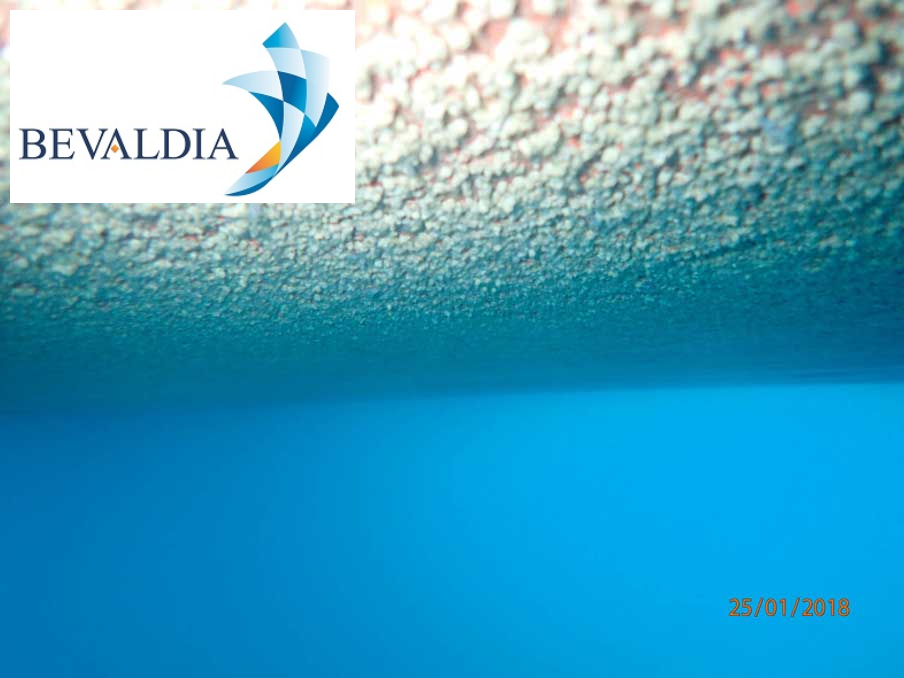 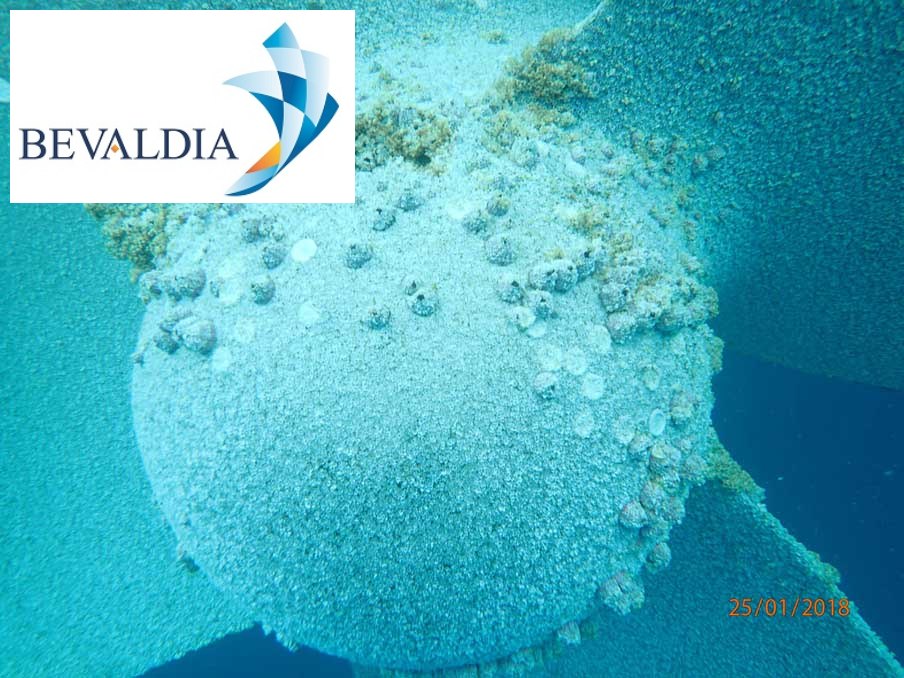 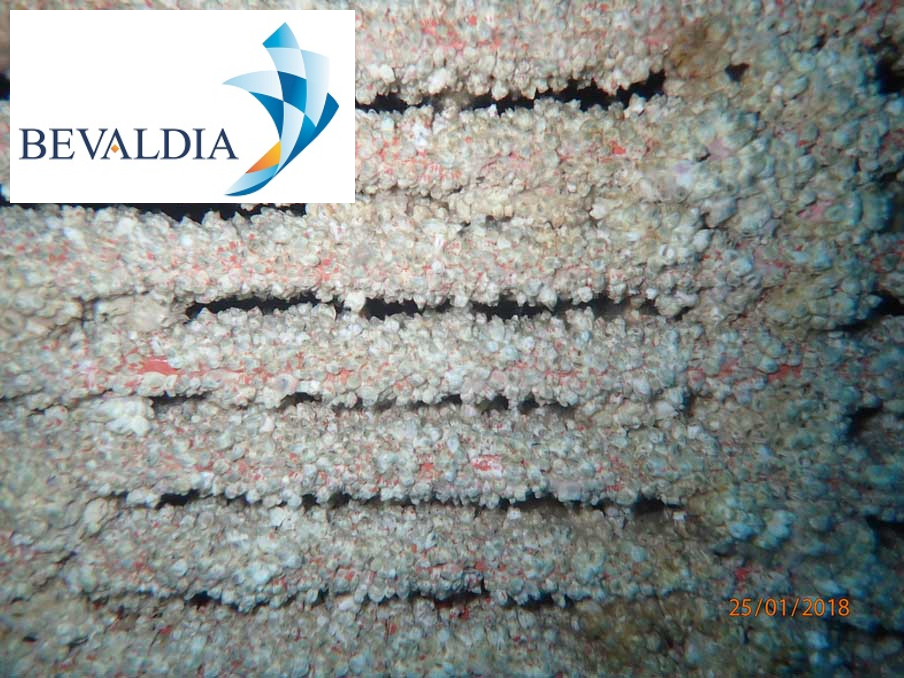 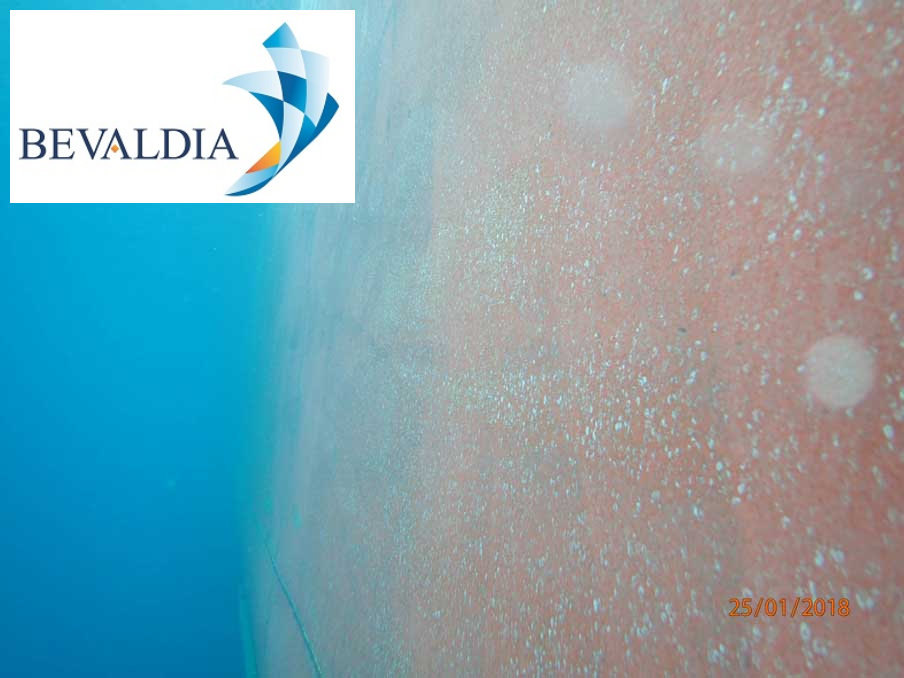 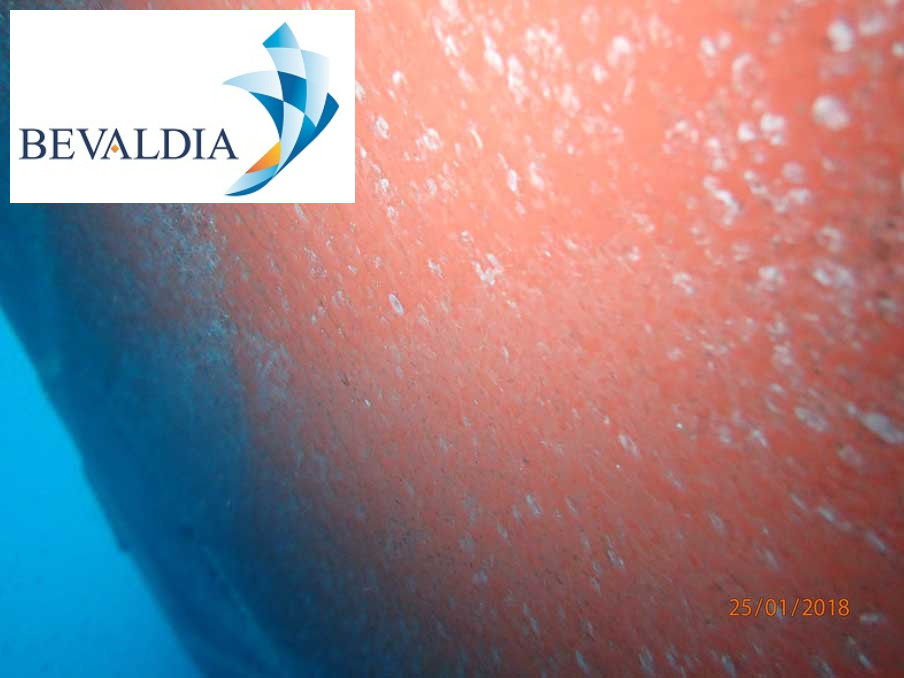 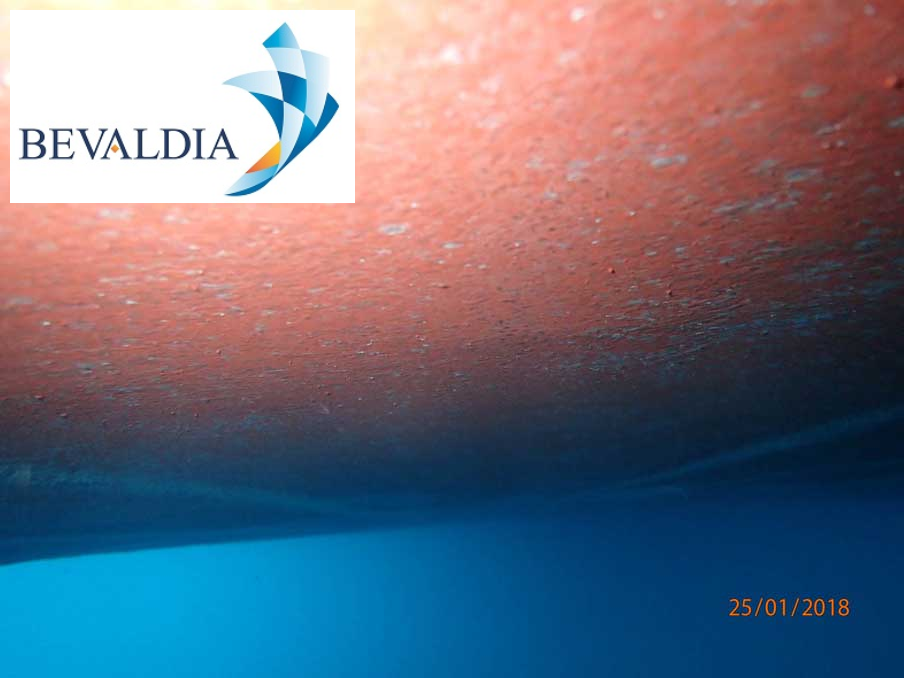 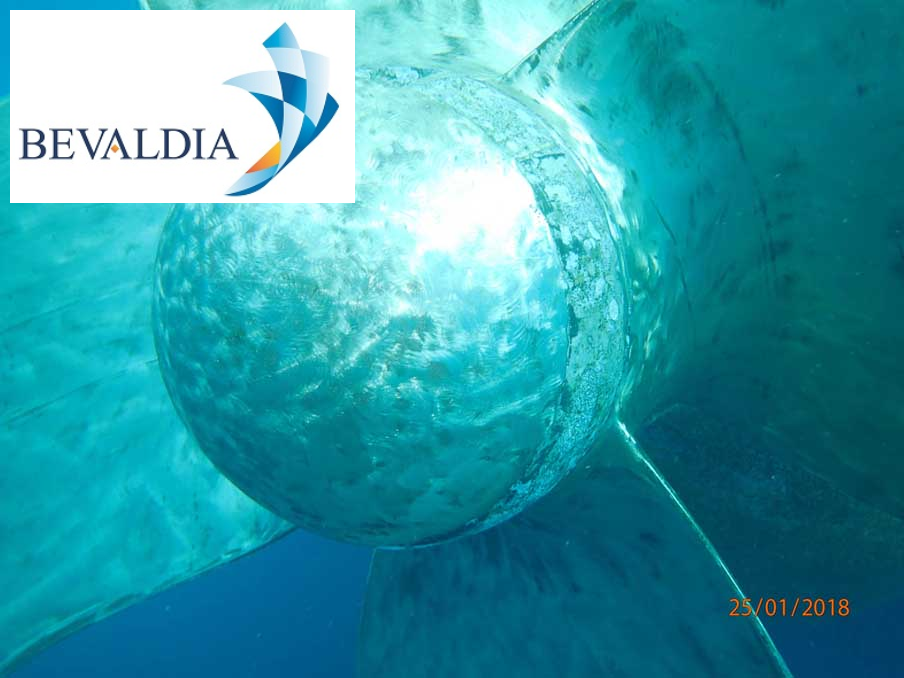 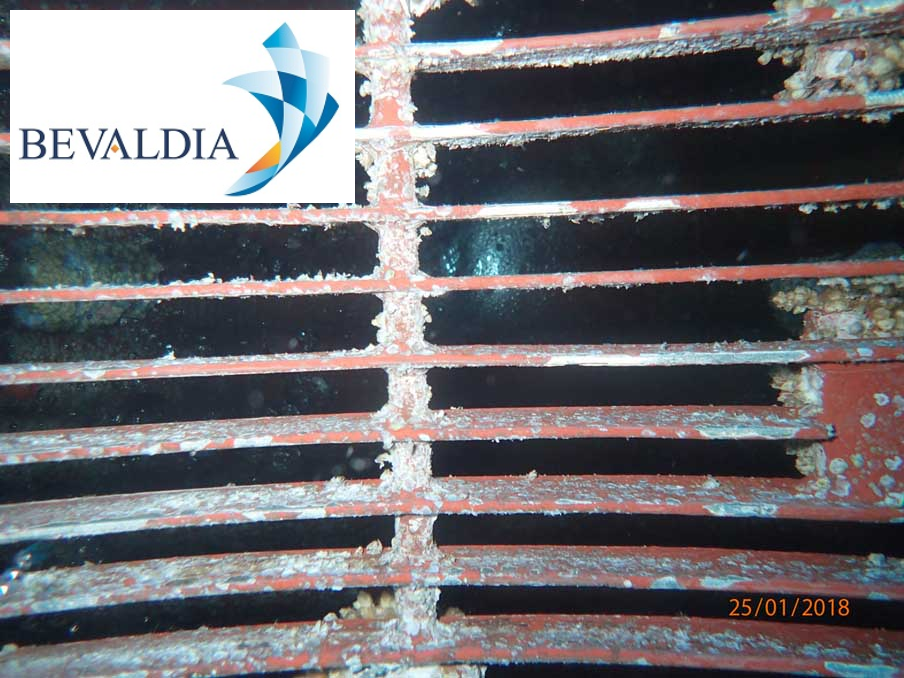